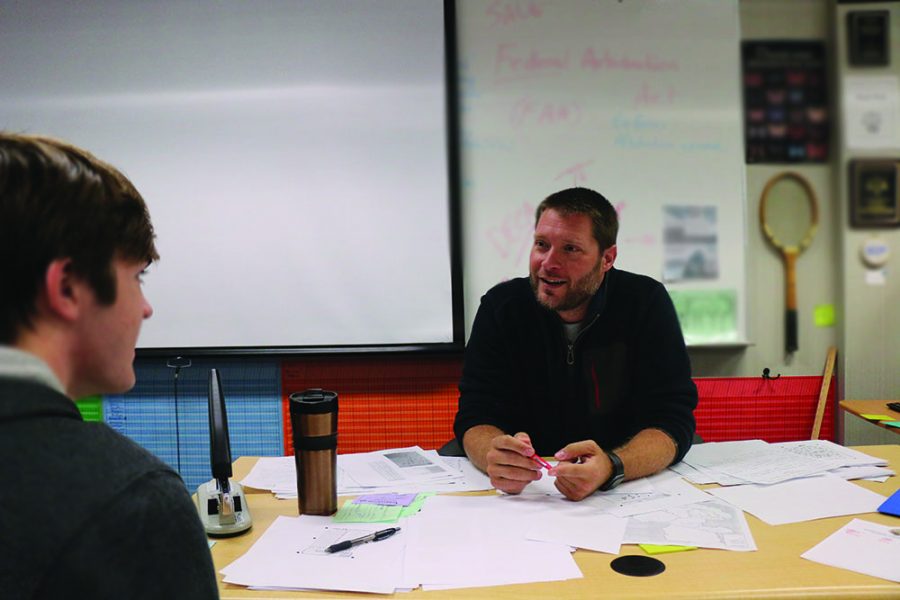 Social studies teacher John Carter talks to a student. Carter was a linguist in the U.S. Army before he started teaching.

Former linguist in the U.S. Army

Why did you decide to become an Arabic linguist in the Army?

I knew I wanted to but a linguist by Uncle Sam said Arabic. I wanted to be a Chinese linguist, so I could study business after. [The Army] forced me to learn Arabic because I went in 2004 which was close to right after 9/11, so if anyone was to learn a language it was going to be Arabic.

Why did you become a teacher?

I was working as an administrator at a university almost 60-70 hours a week. One of my friends was a principal and he knew I was getting burned out of the job I was at. He offered me to go finish out a year for a teacher that left mid-year, he said, “If you like it, you can stay, but if you don’t, you don’t have to come back and you can leave.” So I taught for a few months and I really enjoyed it and it’s the only job I’ve had that I’ve really enjoyed.

What are some of your favorite aspects about teaching?

I like studying different things. Things are constantly changing. Like one day, we were doing a case study about Syria in international relations and the next day, the whole case changed when the US pulled out of Syria. Then the next day, it was completely different. The constant changes that happen keep me intrigued in education; this is by far the job I’ve enjoyed most. 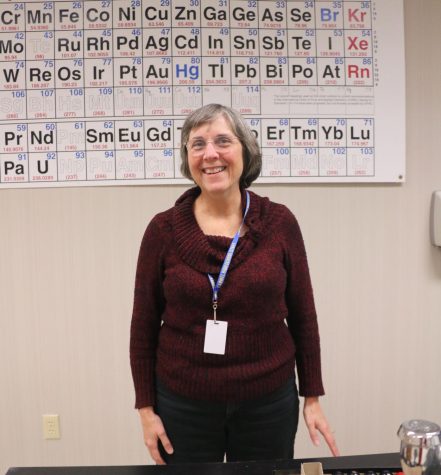 Why did you pick your original career?

When did you know your profession wasn’t right?

It was right and I enjoyed but it was more coordinating with my children’s schedules because I wouldn’t be off during the summers and I wanted to be home with them.

Why did you want to be a teacher?

That might have been because both of my parents were teachers as well, a chemical professor and an elementary school teacher. Part of it was coordinating the schedule with my own children. But I wanted to be able to pay off school loans so I was in industry, and then I went into what I really wanted to which was teaching.