Losing and Learning a Language 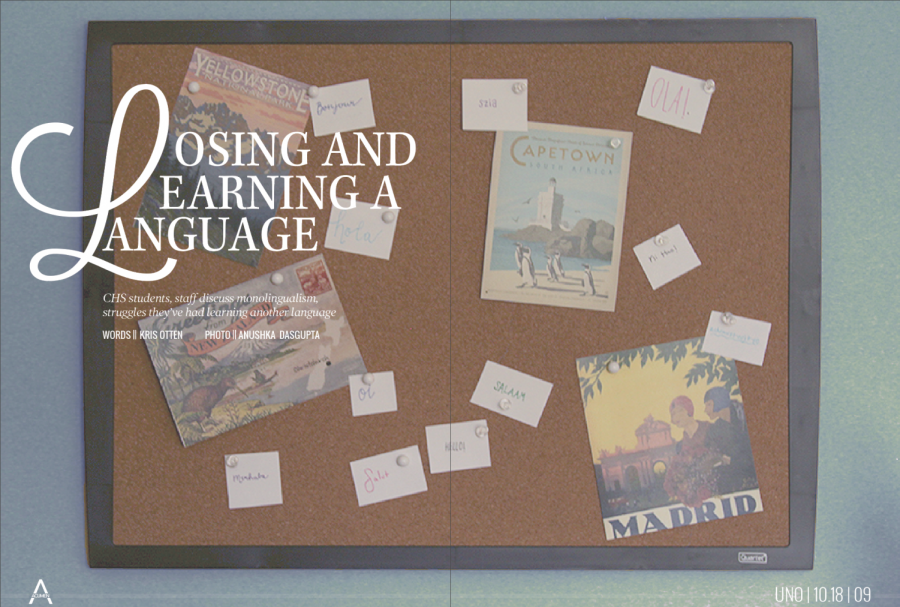 Sophomore Sophia Gilliam doesn’t speak Russian. This is notable because Gilliam’s mother is originally from Russia and speaks both Russian and English. Gilliam, who was born in the United States, is primarily monolingual although she does know a few words of Russian. According to Gilliam, her older sister became fluent in Russian as a child due to her mother teaching her, but as she grew older, she lost her fluency and is now monolingual like Gilliam and her younger brother.

“We kind of just got busier schedules so it’s just easier to say things right away in English,” Gilliam said.

Gilliam isn’t alone. According to the Urban Institute, 44% of immigrant children are not bilingual.

According to a study conducted by the American Educational Research Association, an additional reason why children of bilingual parents are usually monolingual is because a child’s peer group has a large impact on whether or not they may c

ontinue with the home language of their parents. If the people they surround themselves with have similar linguistic practices, the likelihood of them becoming bilingual is higher. However, if a child’s peer group doesn’t have similar linguistic practices, Spanish teacher Greer Trapkus-Harris said that child will often be less motivated to speak the home language of their parents as they want to establish their own independence away from them.

“Sometimes it’s hard for these kids to be motivated to use their home language in the greater society because either they don’t value it or once they hit their teenage years, they want to seek out their own independence and separate themselves from their parents,” Trapkus-Harris said. “So, depending on a lot of factors, they don’t think it’s cool to speak the language or maybe they want to keep that part of themselves private.”

Gilliam said she often wishes that she had learned Russian as a child growing up because although she uses Duolingo, a popular language learning website, from time to time, she has yet to become fluent.

“I really wish I learned it when I was really young because when you’re young I guess it feels like it’s more fun to learn a language and it’s easier and you won’t have to put in any work and you would already be bilingual,” Gilliam said. “It’s really hard to learn a language when you’re older and I really wish because half my family lives in Russia and it’s kind of hard to communicate. I have to go through my mom and communicate.”

Trapkus-Harris agreed that it is much easier to learn a language as a child growing up as opposed to later on in life.

“When you’re a little kid, you’re like a sponge, you can discern between the two linguistic systems really well,” Trapkus-Harris said. “Then as you get older, you probably get more busy and that kind of part of you, I don’t want to say it closes because you can pick up a language at any age like I have high school students that are learning Spanish for the first time and they’re doing a great job, but definitely, there is a sweet spot when you’re younger where your brain can pick it up and distinguish between the two linguistic systems and know.” 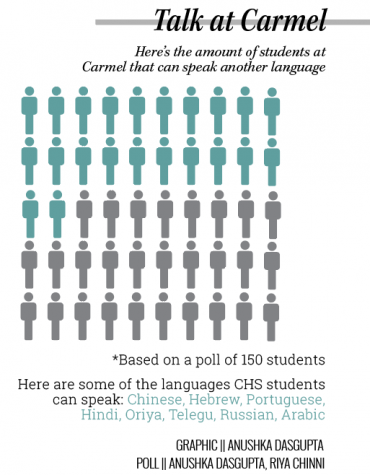 “I think I would like to stay in Russia for a longer time when I’m older and being there longer will help me learn the language,” Gilliam said. “I could definitely be fluent if I really tried.”

Aside from being able to communicate with foreign family, there are many other advantages to becoming bilingual, including cultural, cognitive and social benefits. According to researchers at Cambridge University, being bilingual uses the brain’s executive function, a command system that directs the attention processes that we use for planning, solving problems and performing various other mentally demanding tasks. Additionally, there is much evidence suggesting that in a bilingual’s brain both language systems are active even when only one language is being used. This forces the brain to resolve internal conflict which strengthens its cognitive muscles. Studies have also shown a link between bilingualism and the prevention of dementia and Alzheimer’s.

Aside from these cognitive benefits, there are many cultural and social benefits as well. According to Trapkus-Harris, speaking more than one language allows bilinguals to connect and create personal relationships with people of different backgrounds and cultures that they may not have normally talked to had they not spoken the same language.

“(Bilingualism) opens up job opportunities for you. Obviously, it facilitates travel and I think overall, the bilingual brain works differently,” Trapkus-Harris said. “If you’ve looked at the research, there are connections that are formed in the brains of bilingual speakers that monolingual speakers often don’t have between the left and the right hemispheres and I see those as being very beneficial.”

Sarah Snyder, Spanish Club president and senior, knows first-hand the benefits there are to speaking another language. Snyder has been taking Spanish courses for the past five years and is currently taking AP Spanish. Although Snyder does not claim to be fully fluent, she said that she knows the Spanish language well enough to communicate comfortably when she visits Spanish-speaking countries.

“During the summer last year I went to Peru and I got to speak in Spanish to the people in Peru and I talked to a tour guide while I was walking down Machu Picchu,” Snyder said. “So that was super cool to see how I could use Spanish to communicate with people with different cultures and learn about them.”

Snyder said that while on her trip to Peru, she was even able to help translate for a person who only knew English and was struggling.

“He was trying to find a post office but the sales clerk that he was talking to only spoke Spanish and he only spoke English and I could see his frustration so I stepped in and asked her for him and that was a step in the right direction,” Snyder said.

Snyder said she believes that it’s extremely beneficial to learn a new language as it connects you to different cultures and people.