Students explain their career paths, decisions on not going to college 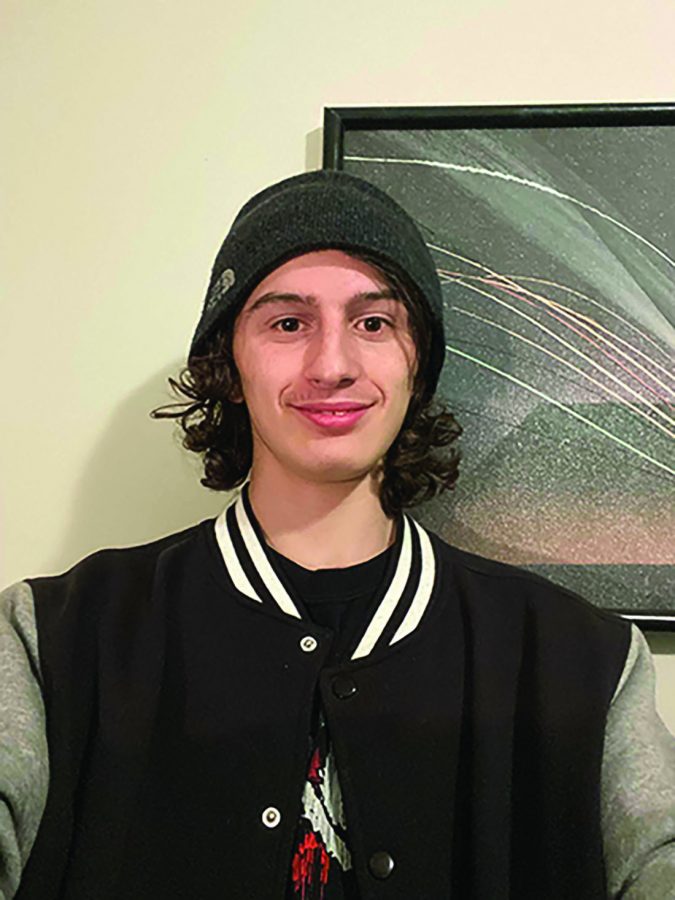 Submitted Photo || Vincent Federspiel Senior Vincent Federspiel plans to go to the workforce after gradaution. He will be working in Florida with his father constructing golf courses. Federspiel said he didn’t feel like college would fit in, which was one of the reasons why he chose to work.

Senior Lauren Marsh lives a busy life as a manager at the Carmel Chocolate Cafe South Bend Company doing double shifts every day and during the weekend. Marsh, unlike most seniors at this school, plans to take a gap year to continue to work at the cafe after graduation.

But Marsh may be part of a growing trend. According to a Washington Post article titled “With colleges shuttered, more students consider gap years. But those may be disrupted, too,” more high school students like Marsh are considering delaying their plans to go on to secondary education after high school.

Students are not only taking gap years, but some are directly joining the workforce. Senior Vincent Federspiel is one of a few seniors at this school who said he plans to go into the workforce after graduation.

“I just didn’t feel (college) would fit with me properly, and on top of that, I didn’t know what I wanted to do after high school, and after getting a couple of opportunities (I decided to go into the workforce,” Federspiel said.

Federspiel said he plans to move to Florida with his father after graduating high school and working with him to construct golf courses.

Similar to Federspiel, Marsh said she also wants to work throughout the duration of her gap year so she can gain work experience and money  she can then use to further educate herself.

Ann Boldt, College and Career Resource Center (CCRC) counselor, said there is a lot of pressure on students at this school, especially to go to college.

“I think (due to) CHS and the culture we have here, (as) lot of us come from very educated family structure, a lot of parents are highly educated and they value education, so (going to college after high school is) something they’ve instilled in their children their whole life,” Boldt said.

For his part, Federspiel said he was supported by his friends when he made the decision to not pursue a college education after high school.

“My friends’ reactions were pretty understanding,” he said. “They knew that I was going to be one of those people that didn’t continue on, and when they talked to me and I told them about it, and after I gave them a full explanation on why I wasn’t going to (college), they understood.”

Boldt said taking a year off after high school was a path that could also help some students  in their future in different ways than going to college.

She said, “My goal is to work with students, to celebrate their gifts and talents and what they’re bringing to the table and finding that best-fit next step, and that doesn’t always mean college.”

Boldt said although post-high school education is important, it is not necessary that students have to obtain it through college. She said internships and apprenticeships are also a good way to make sure students received secondary education in a way that was helpful and engaging to them.

Both Marsh and Federspiel said taking a year off schooling would help them a lot.

Marsh said, “I have a really strong work ethic, so I’m going to gain (things like) making a lot of money, and working and doing better with that, and just taking a mental break from school for a year.”

Boldt also said she agreed and said there were a lot of benefits to taking a year off from schooling.

She said, “Sometimes gap years are fabulous ways for a student to kind of explore other things or develop some more maturity. (The kids) are kind of burnt out, they’ve been on that hamster wheel and just need a break, and colleges really look at (gap years) really positively most of the times.”

Boldt, Marsh and Federspiel all said each student’s path to their future is different, and one should not pigeon-hole themselves to the idea of a checklist to live life on as a student. They all also agreed there needed to be some sort of postsecondary education some time after high school, if not directly afterward as most students tend to do.

Marsh said, “I think it needs to be encouraged that there is more diversity within the (paths after highschool) process, and different people want different things, and some students are not meant for school.”